In 2017, in collaboration with our North American distributor, Speakman®, we won the prestigious New Product of the Year 2017 for our ANSI Z358.1 compliant Emergency Tank Shower at the National Safety Council Congress & Expo by Occupational Health & Safety magazine.

The award followed a period of independent testing where we were granted ANSI-standard compliance and three European Standardisation Organisations (CEN, CENELEC, ETSI).

We went above and beyond during the creation of our SE-VTS-1 tank shower, working with IAPMO R&T, America’s premium and plumbing certification agency to show the shower, which has a flow of 75.7 ltr of tepid water per minute for 15 minutes meets ANSI standard Z358.1-2014. In addition, we worked with Applus+ Laboratories to verify the ANSI standard compliance.  At the same time, it was verified as meeting the European Norm (EN) standard for one piece of safety equipment.

Bruce Wishart, Managing Director of Empteezy, said: “It is a great honour to win this award in recognition of the time and effort we have put into creating a top quality safety shower, we strive for excellence and are thrilled to have won.”

Now compliant with two international standards (ANSI and EN) and verified by two trusted independent test bodies, our tank shower is on its way to achieving international recognition within the emergency equipment industry. The 2017 award from OH&S magazine is further evidence of the superior standards we are setting with their decontamination equipment.

To find out more about our tank shower, or our complete decontamination range visit our website. 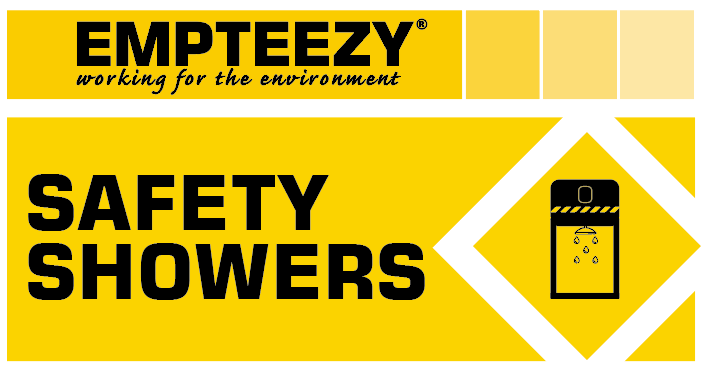